The education system in Turkey is based on examinations 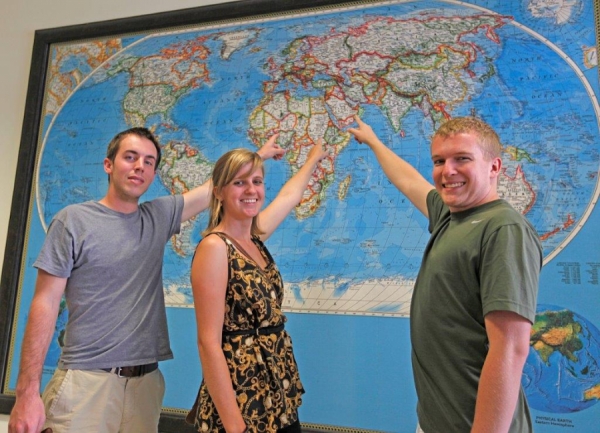 THE EDUCATION SYSTEM IN TURKEY IS BASED ON EXAMINATIONS

The education system in Turkey is arranged within the context of the education law no. 6287, which was accepted in 2012, dividing the education into three 4-year stages (also known as 4+4+4).

HOW MANY YEARS DOES COMPULSORY EDUCATION TAKE IN TURKEY?

HOW MANY STAGES DOES THE EDUCATION SYSTEM IN TURKEY CONSIST OF?

WHAT IS THE COMPULSORY SCHOOL STARING AGE IN TURKEY?

The compulsory education starts for all children turning 66 months by September,as schools open. Families are also free to register their 60-66 months old children to 1st grade. The parents of children between 66, 67 and 68 months have the right to send their children to pre-school education instead of 1stgrade. Yet,children older than 69 months are obliged to start to 1st grade. But if they get a medical report, the child attends to pre-school education institution instead of 1st grade.

IS PRE-SCHOOL EDUCATION COMPULSORY IN TURKEY?

No, there is no obligation for pre-school education; it is discretionary. According to the 2014 data of Ministry of National Education (MEB), the schooling rate among children between the ages 3-5, is 32.68 percent.

ARE THERE SCHOOLS GIVING RELIGIOUS EDUCATION?

By the law dividing the education into 4-year portions; new elective courses - 2 hours each per week, such as The Life of Hz. Muhammad, Koran and Basics of Religion were added to the curriculum,starting from the 5th grade. Considering the fact that compulsory religion classes start from the 4th grade, classes with the content of "religion" were increased to 8 hours per week, beginning from middle school. At many schools, administrators     led their students to select these classes.

ARE THERE ANY KURDISH LESSONS?

ARE THERE ANY EXAMINATIONS FOR TRANSITION TO TURKISH HIGH SCHOOLS?

8th grade middle school students are being placed to high schools in accordance with  the new system called Transition from Primary to Secondary Education (TEOG), which was started by the 2013-2014 academic year. In Turkey, the 6 types of state high schools and some private schools (including foreign private schools) admit students by examination.

These examinations are held centrally by the Ministry of National Education (MEB). Students annually take a total of 12 examinations for 6 lessons, which are Science and Technology, Math, Turkish, Turkish Republic Revolution History and Kemalism, Foreign Language, Religious Culture and Moral Knowledge. The placement scores are calculated by adding the 6., 7. and 8. classgrades to above examination results.

WHO IS IN CHARGE OF PLACEMENTS TO HIGH SCHOOLS?

Students prepare a preference list and MEB centrally places the students in accordance with their preferences and their scores.

Placements to private high schools are made in 4 different ways:

FIRST GROUP: The calculations made by MEB are considered and the placements are made by MEB.

SECOND GROUP: Schools, including private foreign ones, consider the results of some lessons included in the central examinations. They announce the scores themselves and admit the students themselves.

THIRD GROUP: Admits its students without taking any examination results into consideration.

FOURTH GROUP: Admits its own middle school graduates to its own high school, notwithstanding any examinations.

WHAT IS THE LANGUAGE OF EDUCATION AT HIGH SCHOOLS?

ARE THERE EXAMINATIONS TO ENTER UNIVERSITIES IN TURKEY?

Senior high school students and high school graduates get into universities in Turkey in accordance with the results of two phased central examinations. Students who can get a passing score in the first stage of the examination, ‘the transition to higher education examination’ (YGS), can move onto the second phase. Students who get a passing score in the second stage of the examination, ‘undergraduate placement exam’ (LYS) can prefer undergraduate programs of universities.

HOW ARE STUDENTS PLACED AT UNIVERSITIES IN TURKEY?

Higher education institutions admit students in two ways. One of them is the preference lists, which students prepare according to their YGS and LYS results. The Measuring, Selection and Placement Center (ÖSYM) which holds the examinations place students at universities in accordance with their scores. Students are placed at 2 year associate degree programs by their YGS scores and at 4 or more years of undergraduate programs by their LYS scores.

The second way of placement is by the examinations held by the universities themselves. Universities select students for departments such as interior architecture by special talent examinations. Those who can get a passing score at YGS examinationare entitled to take these exams.

HOW MANY TYPES OF UNIVERSITIES ARE THERE?